The Aberration of the Translator 2018

with Theadora Walsh and Lucas Baisch

The Aberration of the Translator considers virtual reality as a social space, one with its own rules of presentation and communication. Writer Gloria Anzaldua’s “How to Tame a Wild Tongue” is sampled and celebrated to create a microcosm of colliding languages that break and collide. Two texts overlap, audio readings interrupt each other. As a personal translation of the found text, original audio and content was written in response to Anzaldua’s essay. These short responses serve as inspiration for the sonic and visual interventions to the physical structure of Anzaldua’s essay fragments. Meaning is shattered as languages are transported across culture and territory in an audiovisual environment.

Every language is a foreign language, learned through memorized rules and societal agreements. In Walter Benjamin’s “The Task of the Translator,” fastening shards of a shattered vessel is compared to the act of translation; writing must be fragmented and then reassembled to traverse barriers of language. The Aberration of The Translator acknowledges this world that utilizes linguistic tools to order, colonize, and develop architectural space, specifically interrogating the act of codeswitching and the multilingual experience. The Aberration of the Translator questions where these tamed sets of language converge and break apart. Simultaneously, the environment asks: how can three-dimensional space articulate and challenge legibility? The piece makes visual a collage of the incomprehensible and the legible in order to render a place of bewilderment. What results is a new apparatus for reading across languages.

The piece was originally created for the CAVE, a fully-immersive display system at Brown University. 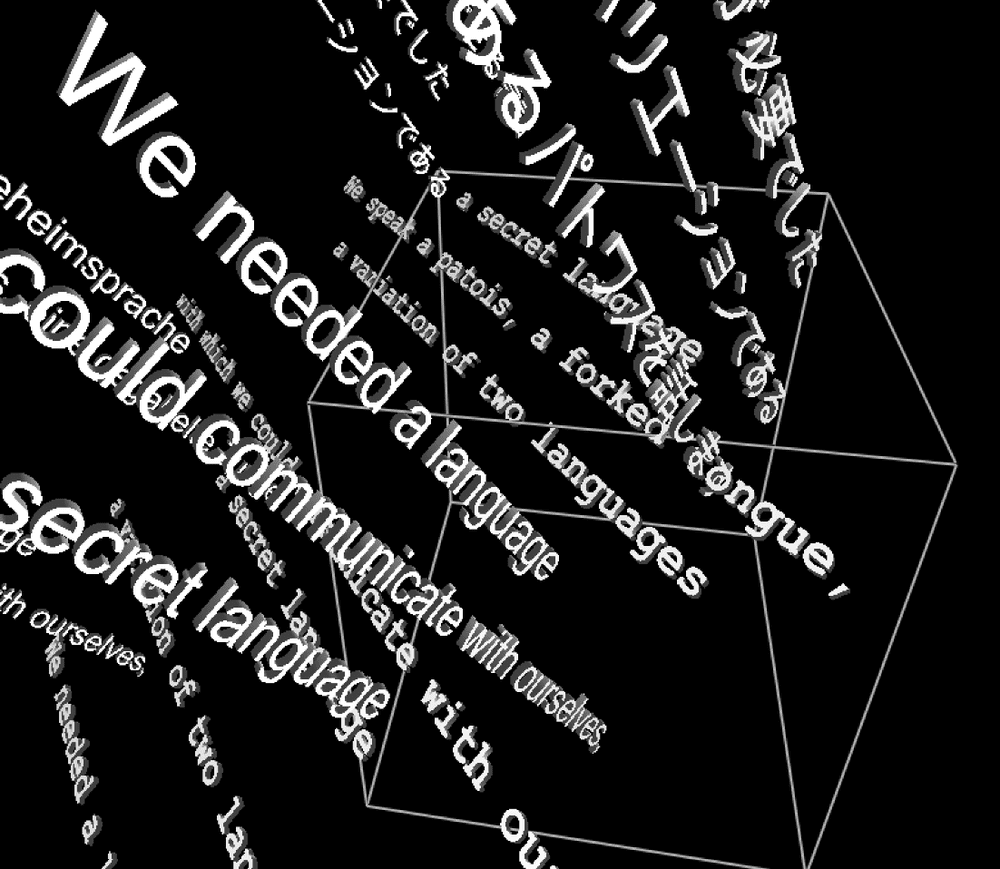 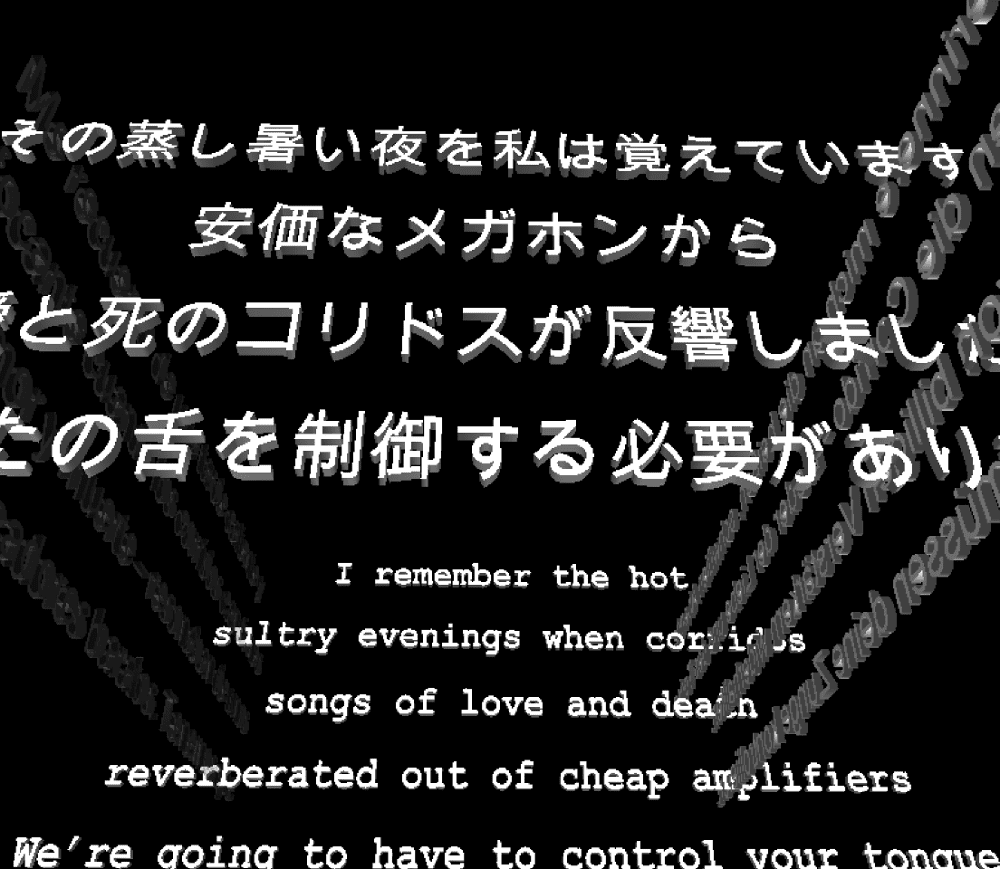 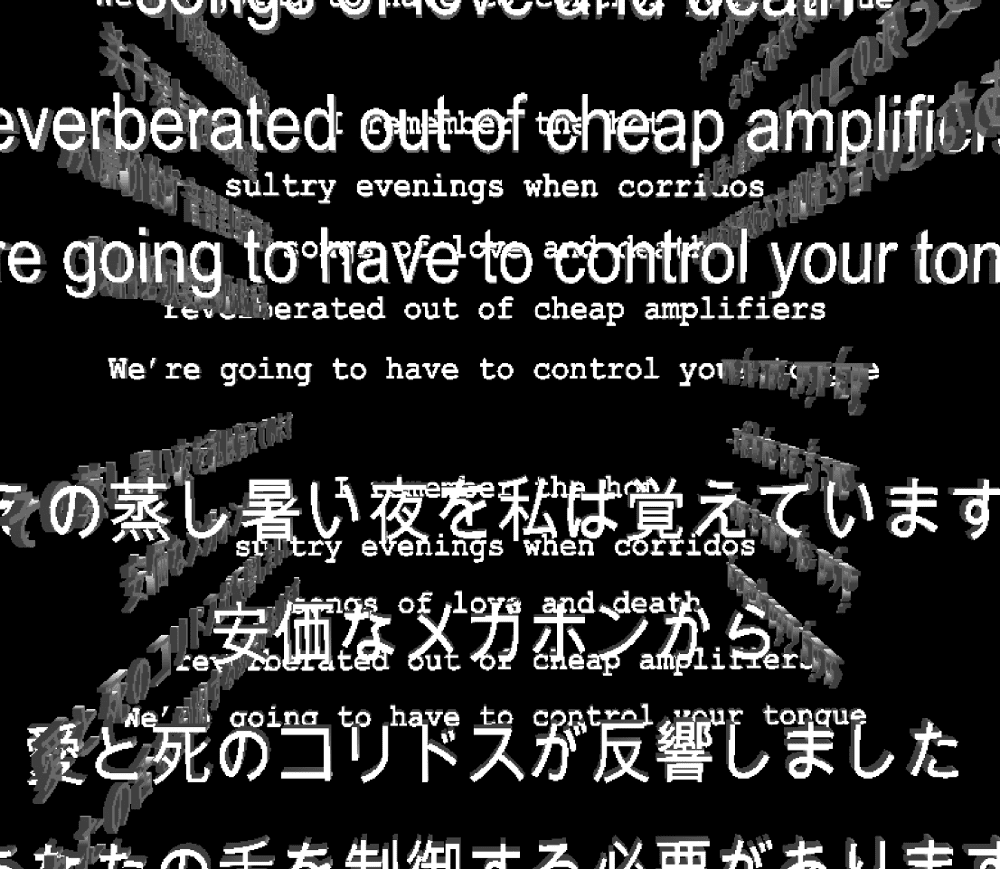 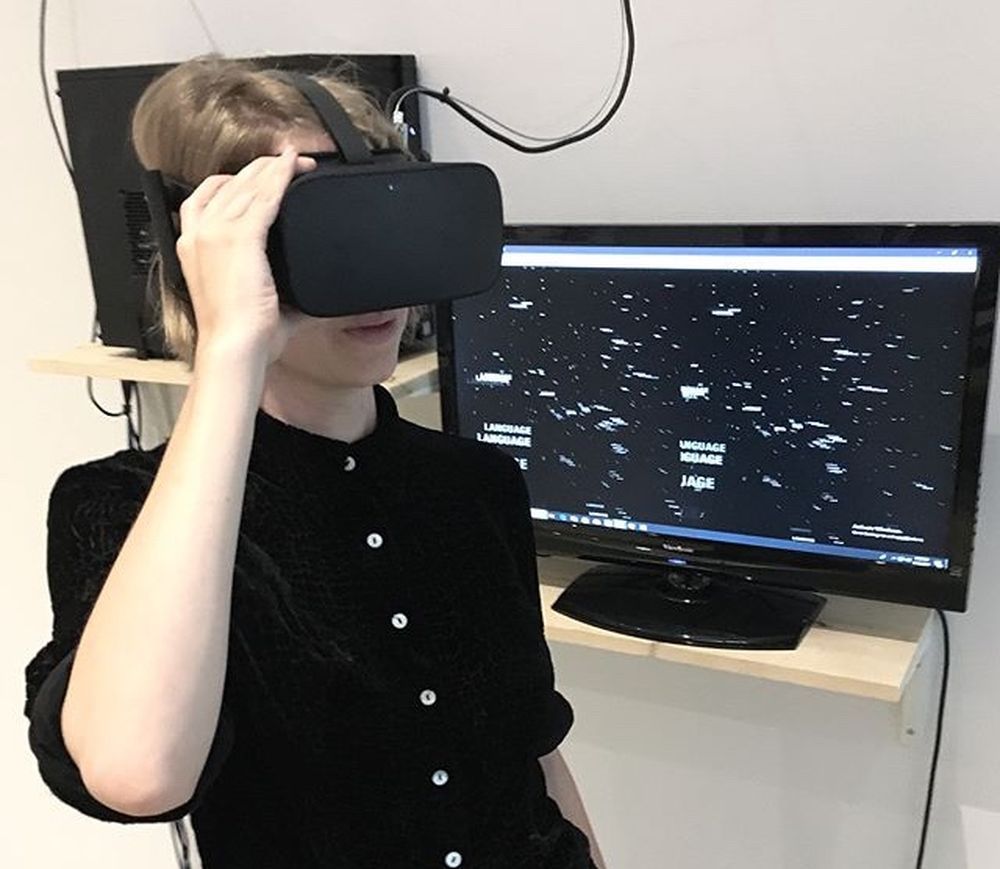