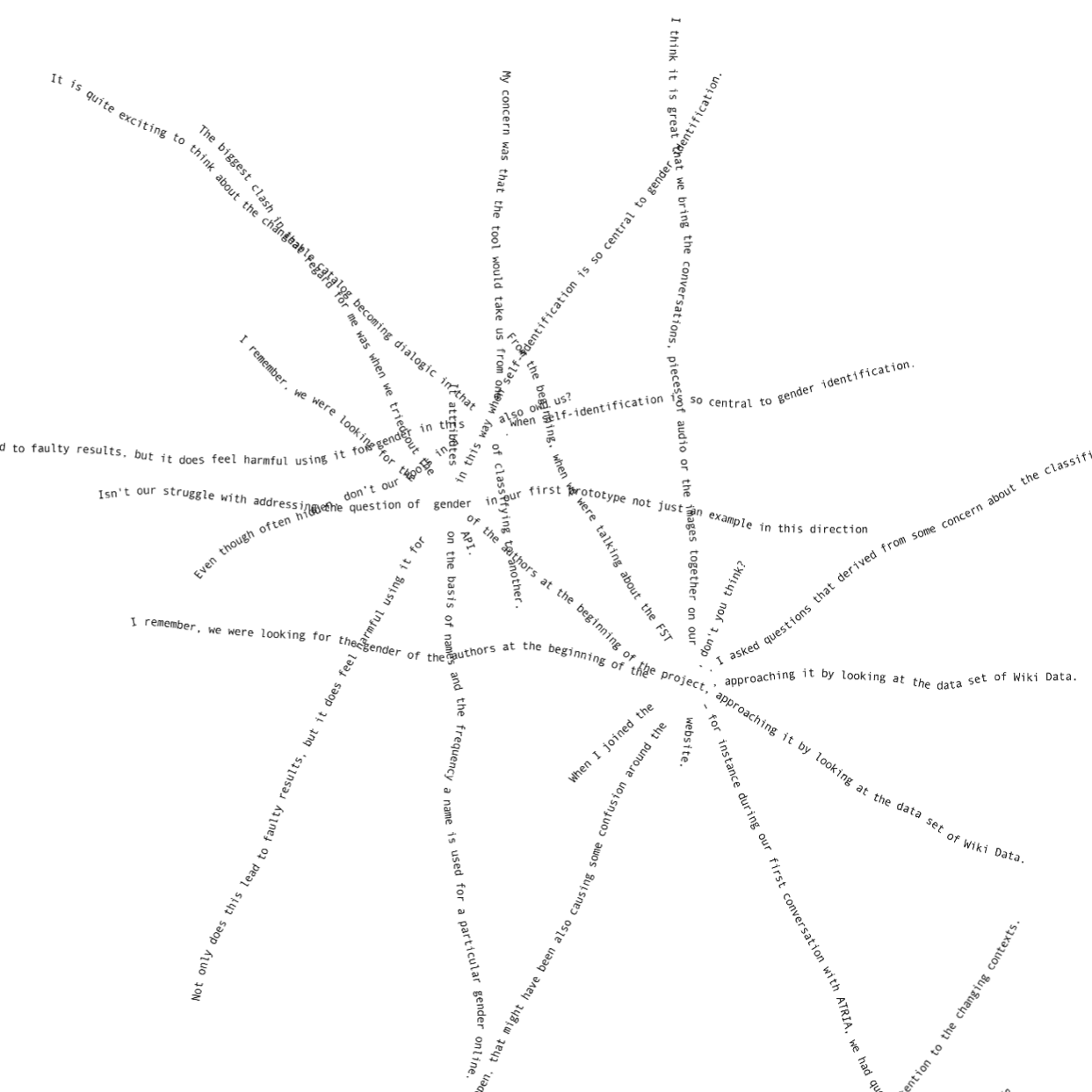 A Myceline is a “line” of text that grows like a mycelium. Mycelines can be generated based on a word-in-context analysis of one piece or multiple pieces of text. A shared word between two sentences has the potential to become a “node,” enabling new mycelines to grow from it. It breaks the linear, one-directional flow of the written language and demonstrates how interconnected our language is with new visual representations and evolving textual behaviors.

In Staying with the Trouble*, Donna J. Haraway introduced the term sympoiesis based on autopoiesis, Sympoiesis means “making-with”, or “collectively-producing systems that do not have self-defined spatial or temporal boundaries. Information and control are distributed among components. The systems are evolutionary and have the potential for surprising change.” By contrast, autopoietic systems are “self-producing” autonomous units “with self defined spatial or temporal boundaries that tend to be centrally controlled, homeostatic, and predictable.”

If we apply this way of thinking to words and text, to think about autopoietic as auto-poetics, auto-poetic can then be used to describe generative textual systems with centrally defined generative rules, while sym-poetic are for texts that are collectively produced among various dynamic components. Mycelines are created with sympoetic in mind. Here, words decide how they organize themselves spatially based on the flow of each sentence instead of following one predefined direction, allowing concepts and thoughts interact and merge in a process akin to anastomosis in fungal networks.